Work starts in 2017 - condensing and moving forward together
Font size:SMB 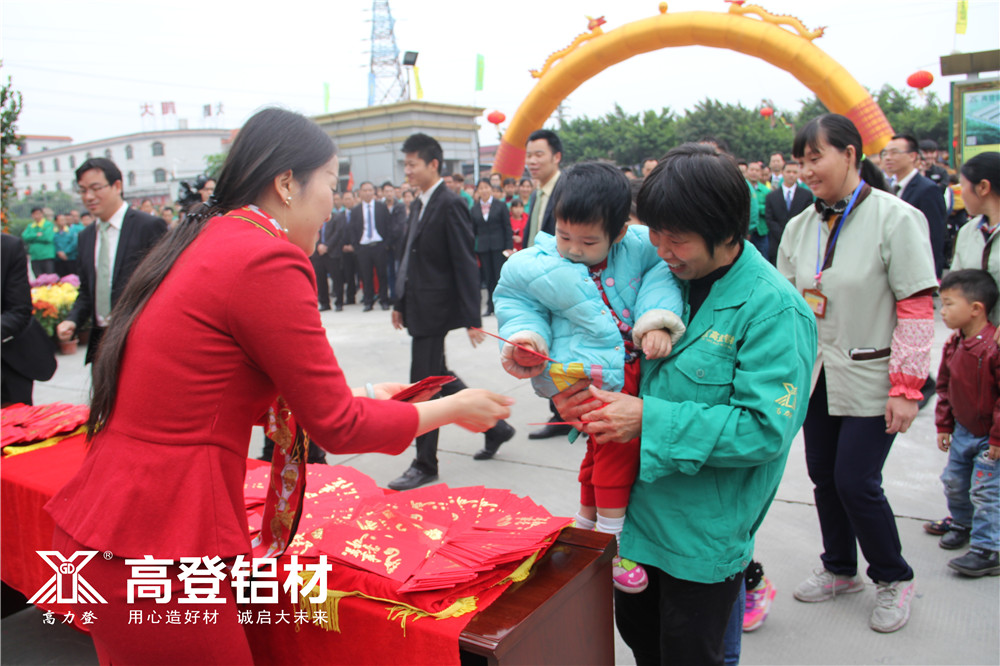 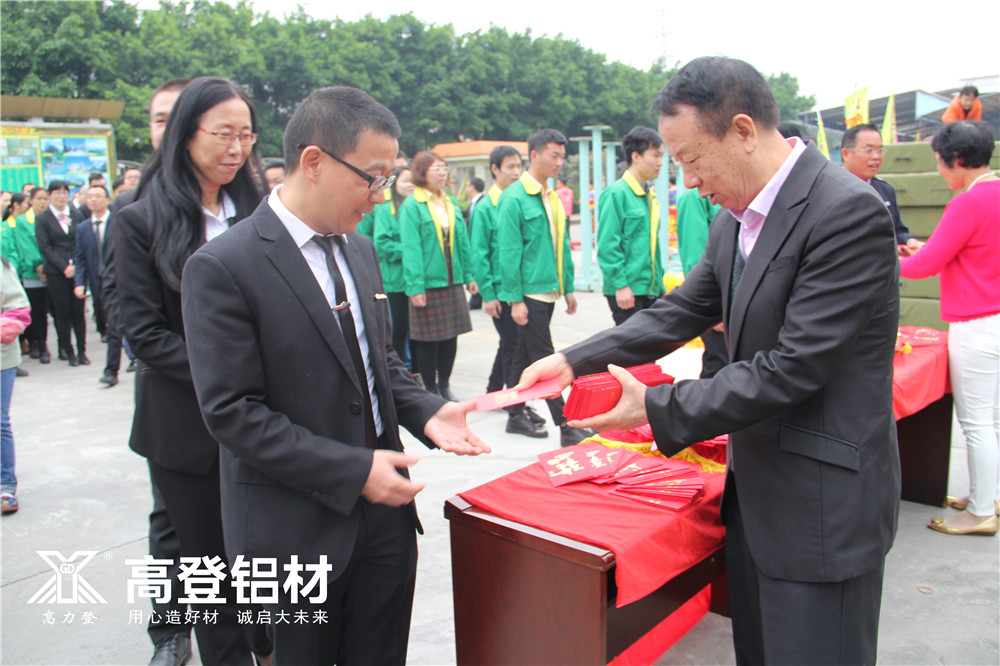 The commencement ceremony began as Mr. Gao, the President, set off firecrackers. The six lions heard and danced, sometimes standing, sometimes kneeling, and the action of time and time was applauded. The lion dance implies auspiciousness, ruyi and ankang, and a green performance means a great step forward. The performance of the lion dance was wonderful, especially the performance of the lotus pile. Under the heat of the lion dance team, the company's atmosphere of happiness and harmony and jubilation was more joyous and full of years. 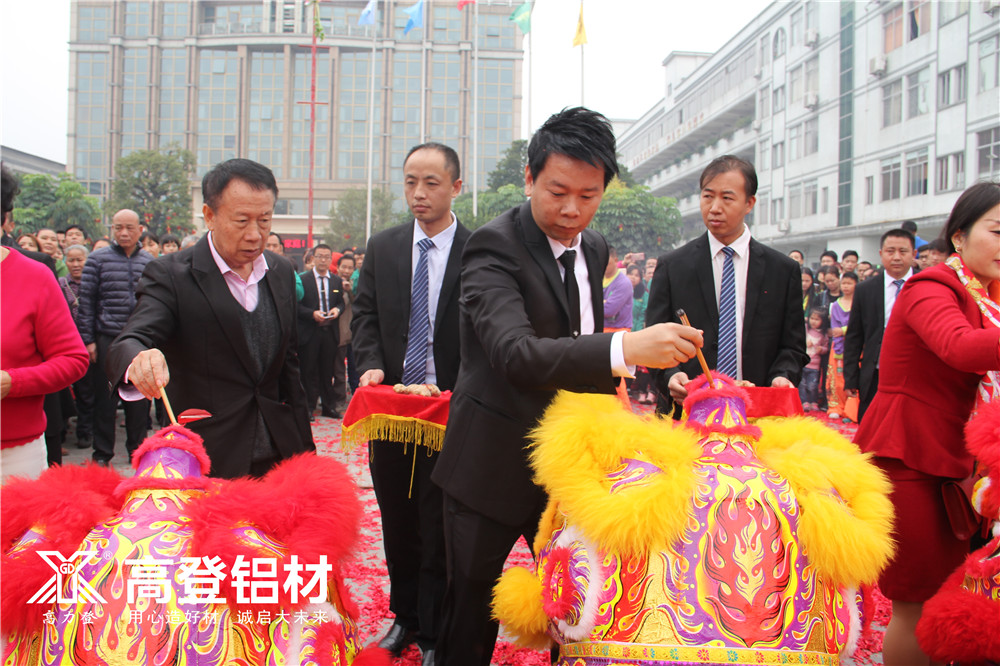 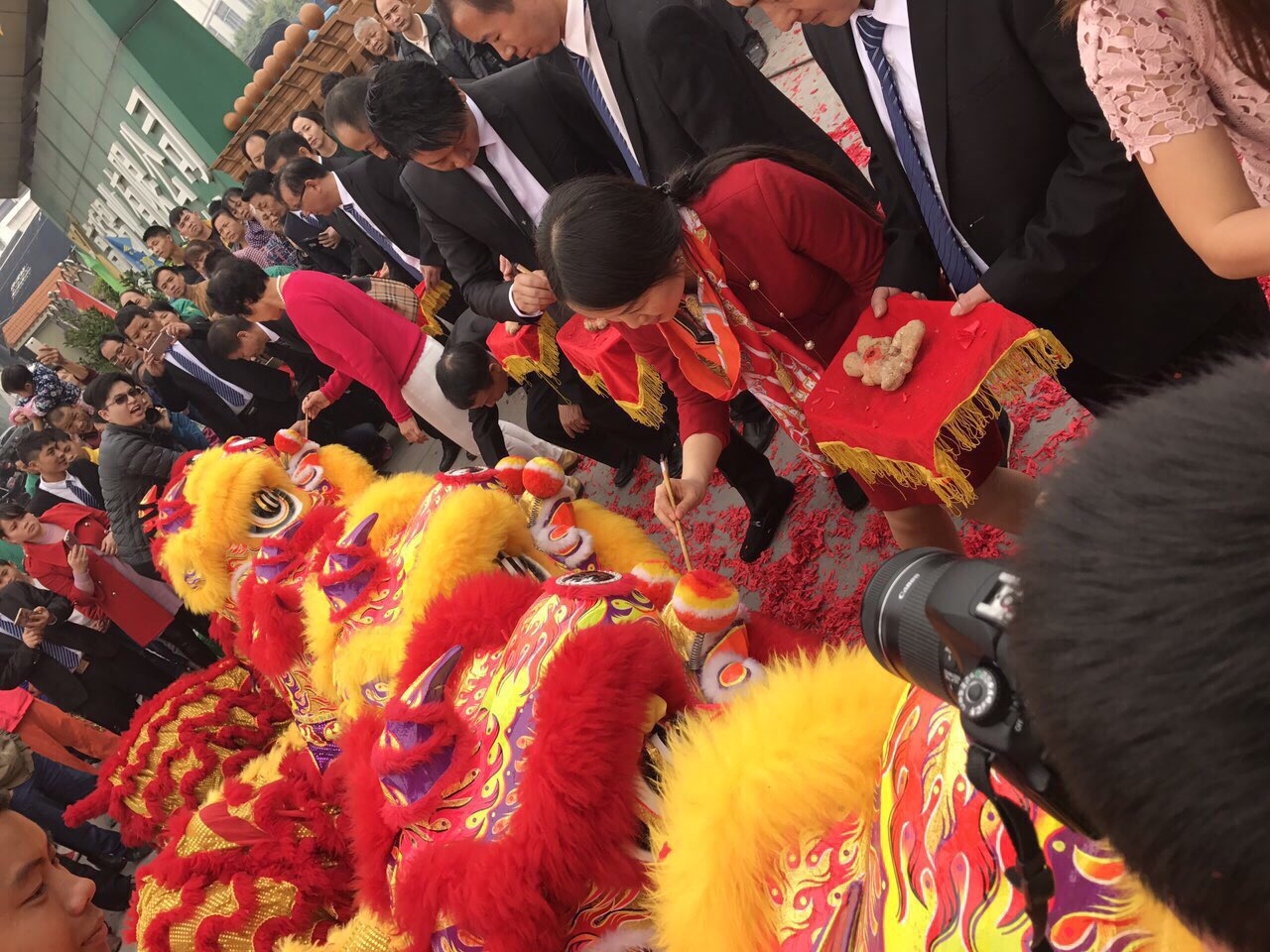 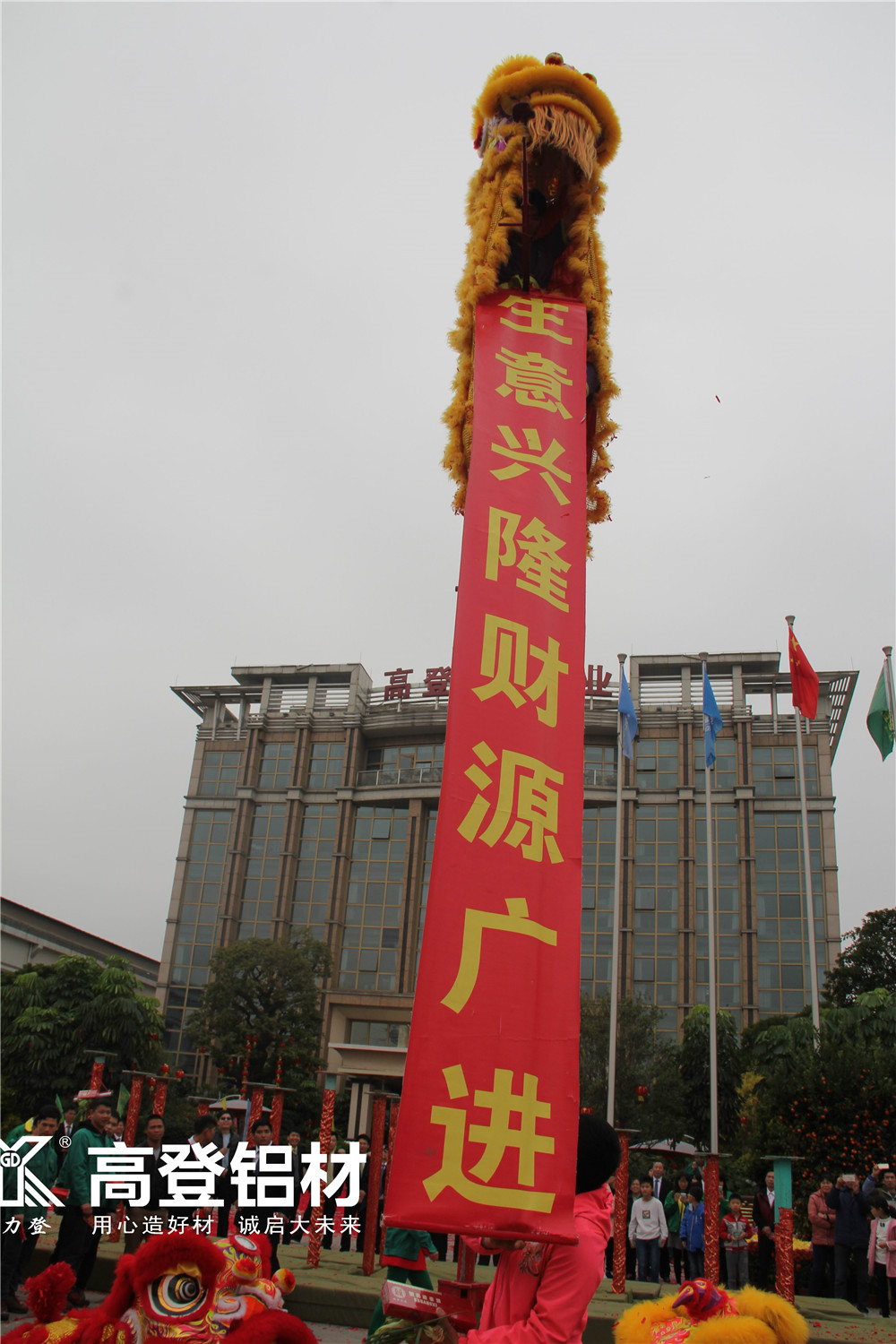 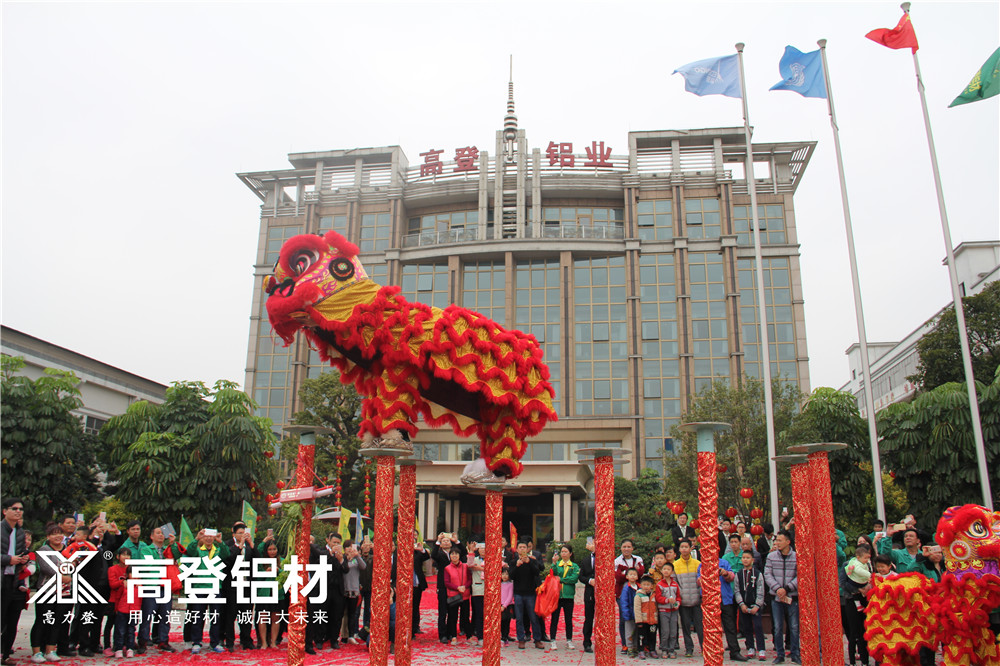 Then, surrounded by his family, six lions came to the offices of the company's new office building, as well as workshops and warehouses to "make a new spring". 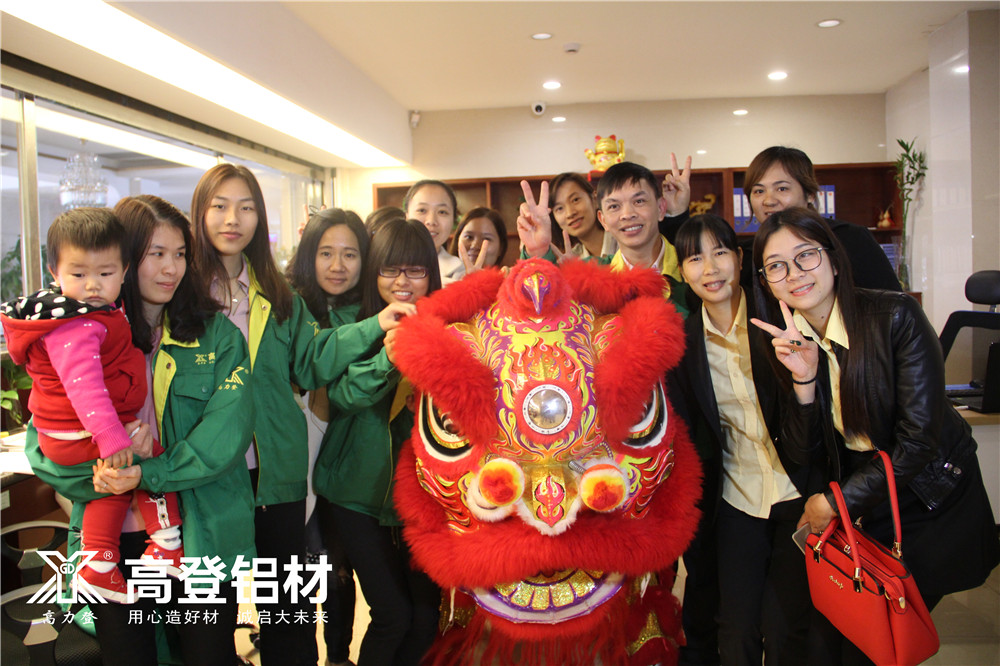 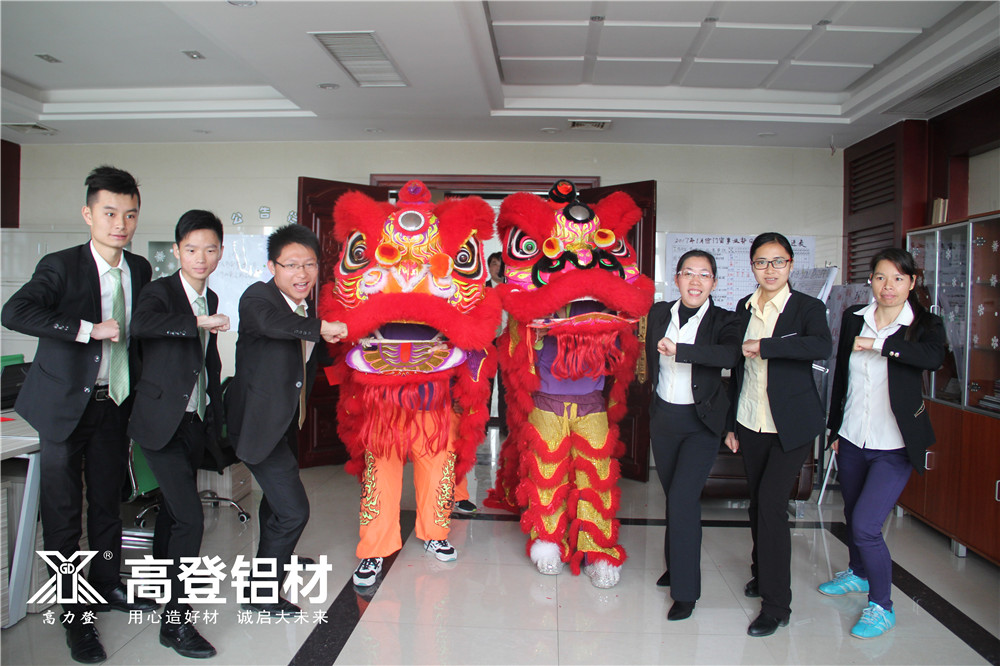 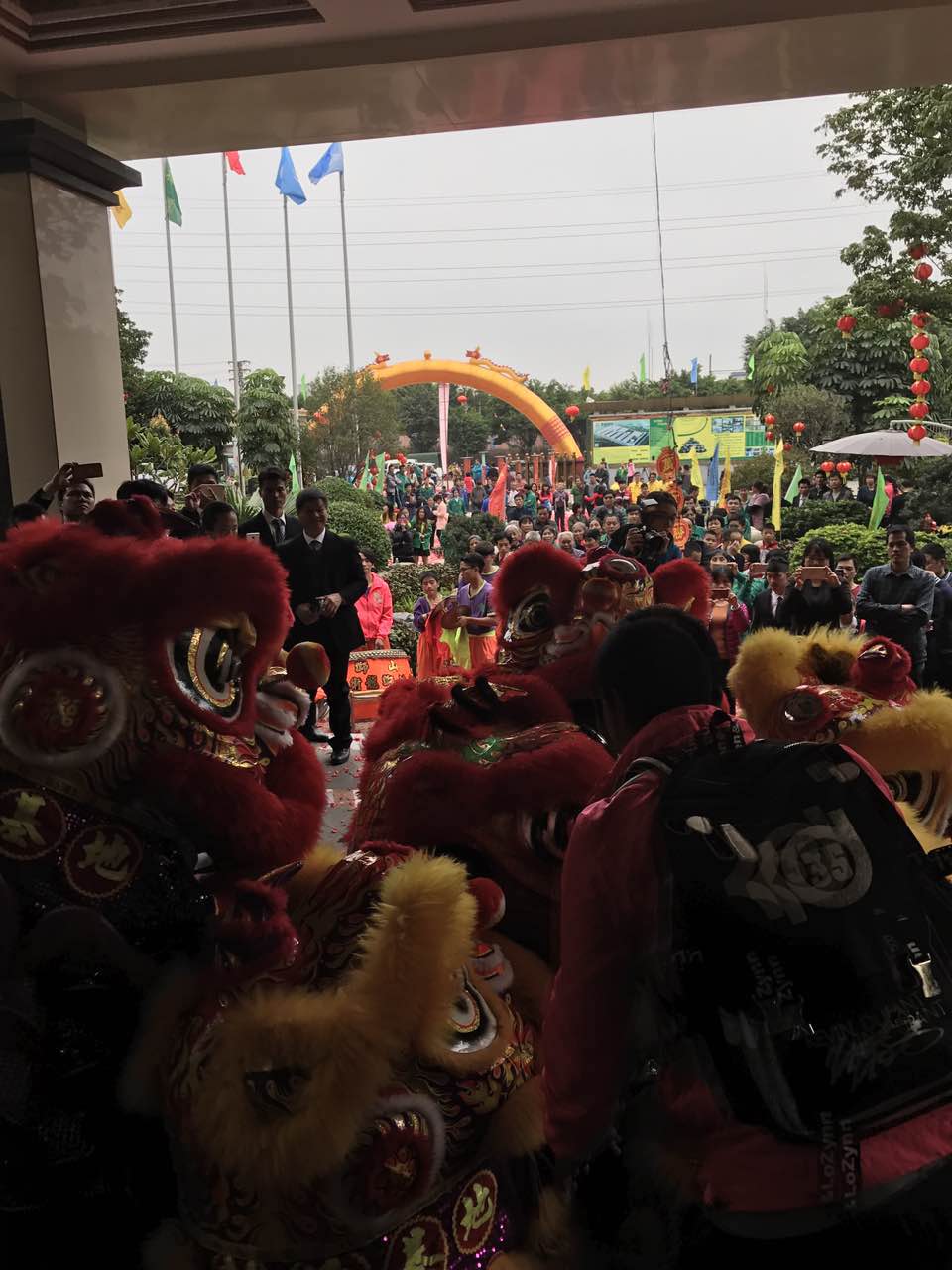 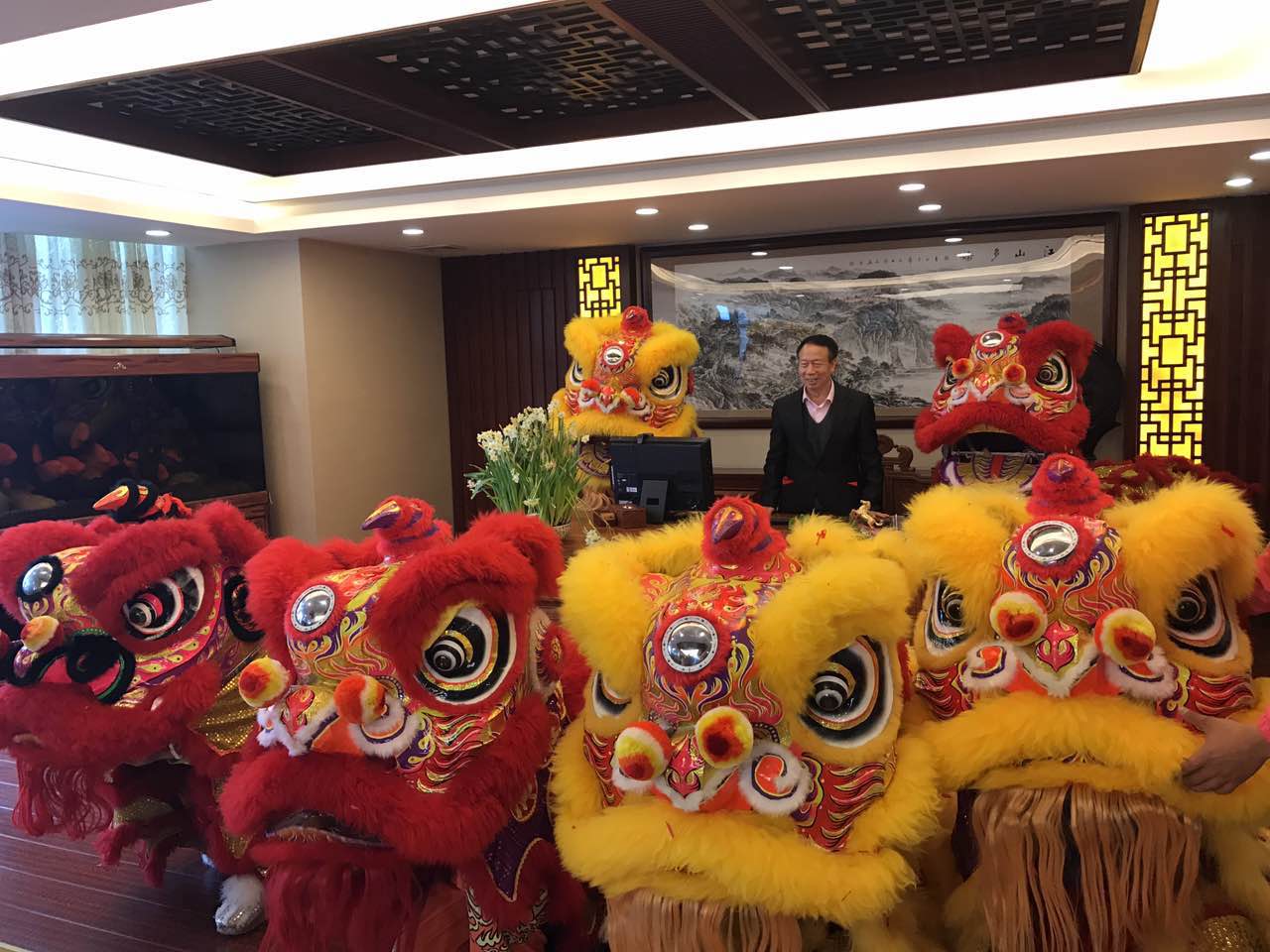 3:30 in the afternoon, all the family was held in our workshop in the passage "2017 guangdong golden aluminum group starts pledging conference", during the high, high total, li dong and He Zong respectively made an important speech, welcome back to our employees, and for the development of our company to do the planning in the New Year, hope our employees can work together seeks the development, production and maintenance with all my heart Golden GPS activities, strive for greater achievements in the New Year make. 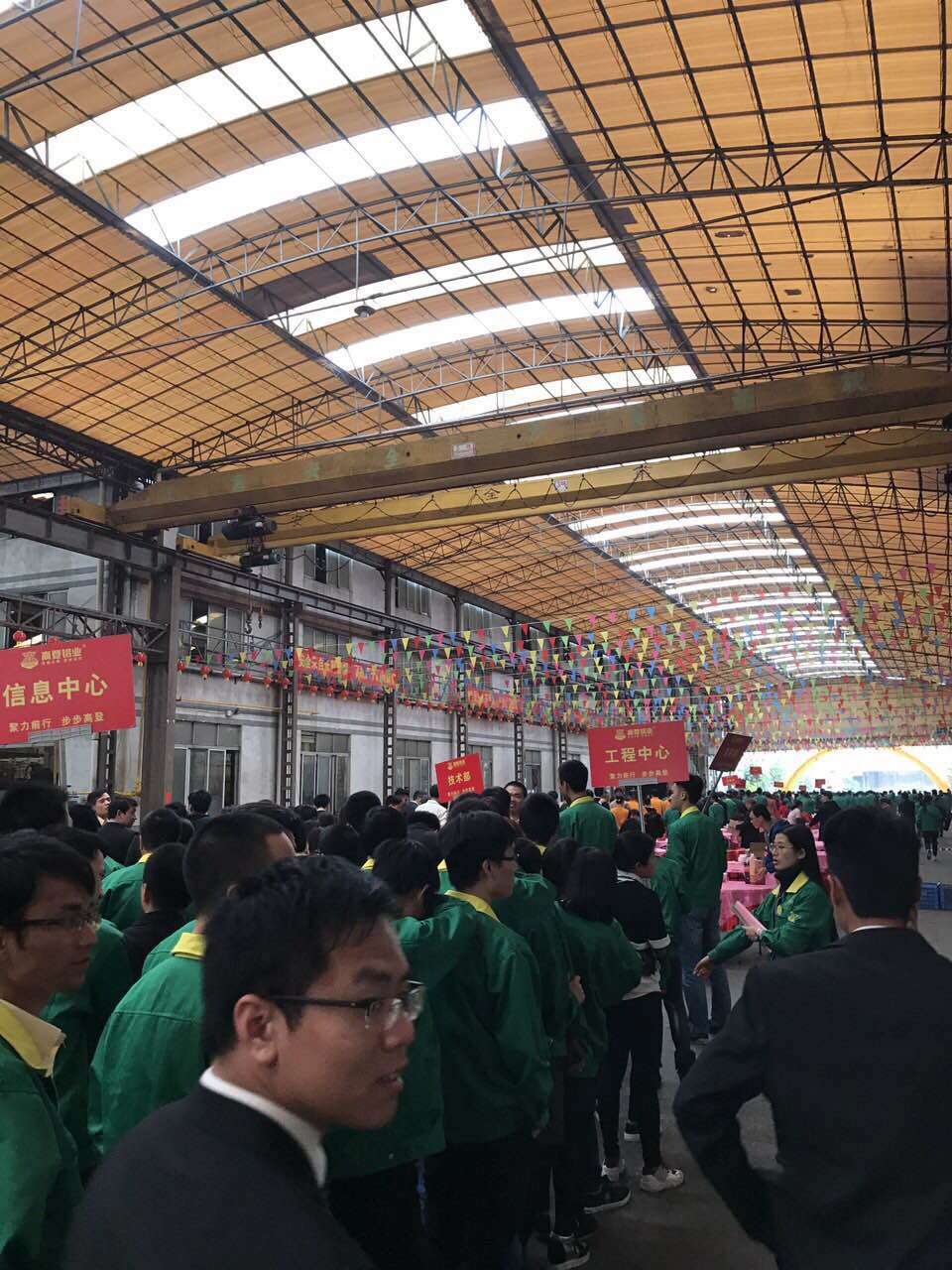 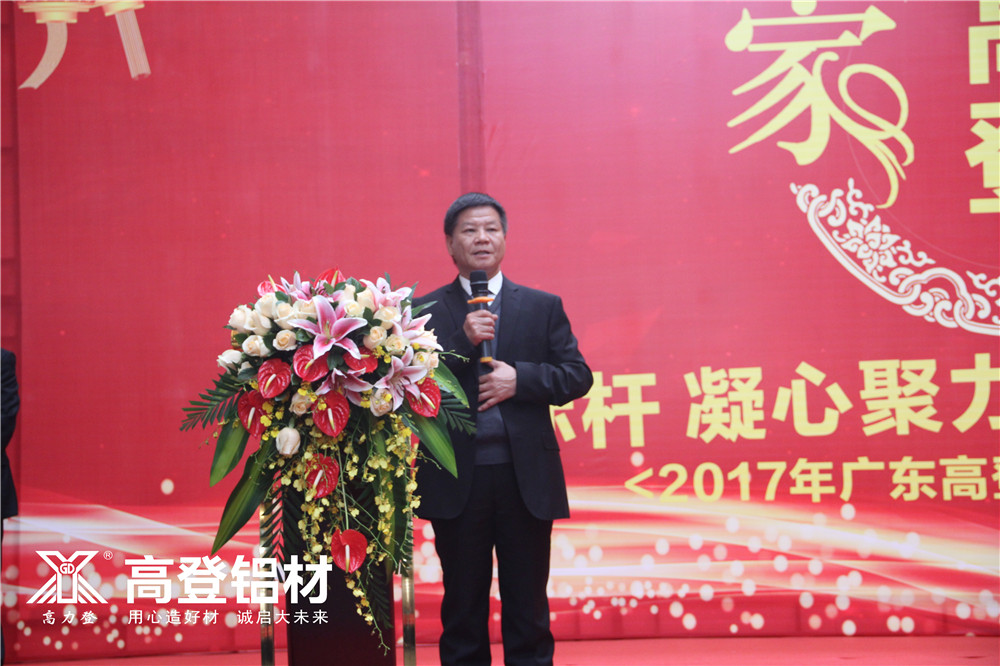 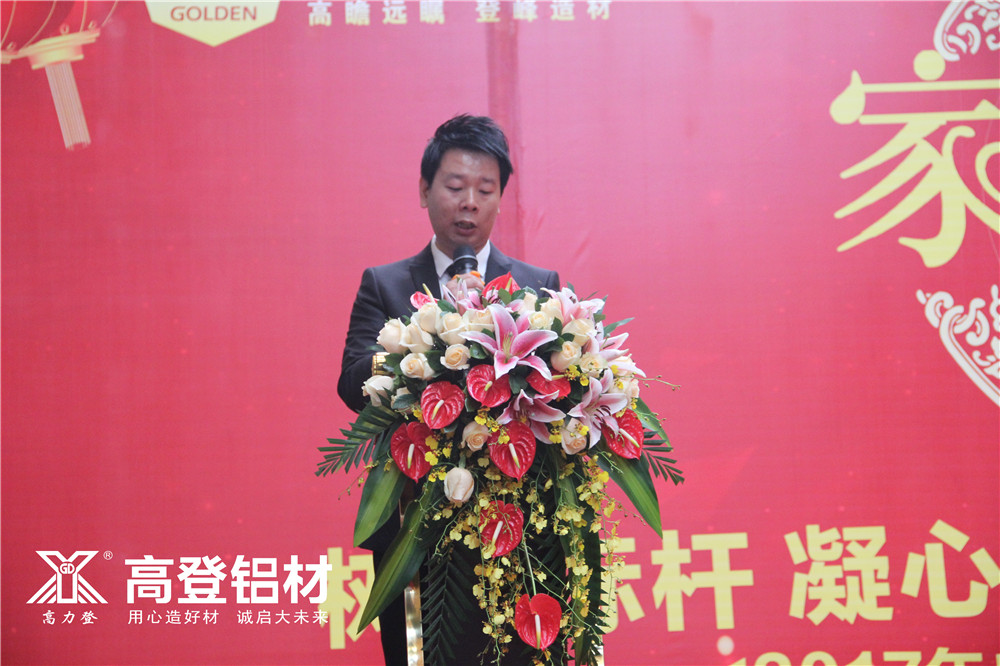 Starts after the pledging conference, we have a basketball court in the company held a wonderful tug of war, every workshop department team to the game, after more than an hour of intense competition, won the final coating workshop, won the champion of the tug of war, extrusion workshop and oxidation workshop won the runner-up and third place respectively. Game, the teams are showed the perseverance and fighting spirit, both out of the level, and out of the style, fully embodies the team cooperation spirit and positive energy. The winners were cheered and the losers were smiling. Company through the tug of war, is to hope everybody in the New Year to build up the idea of twist into a rope, at the same time, also want to develop into a rope consciously, to the quality of the temper, into a rope. 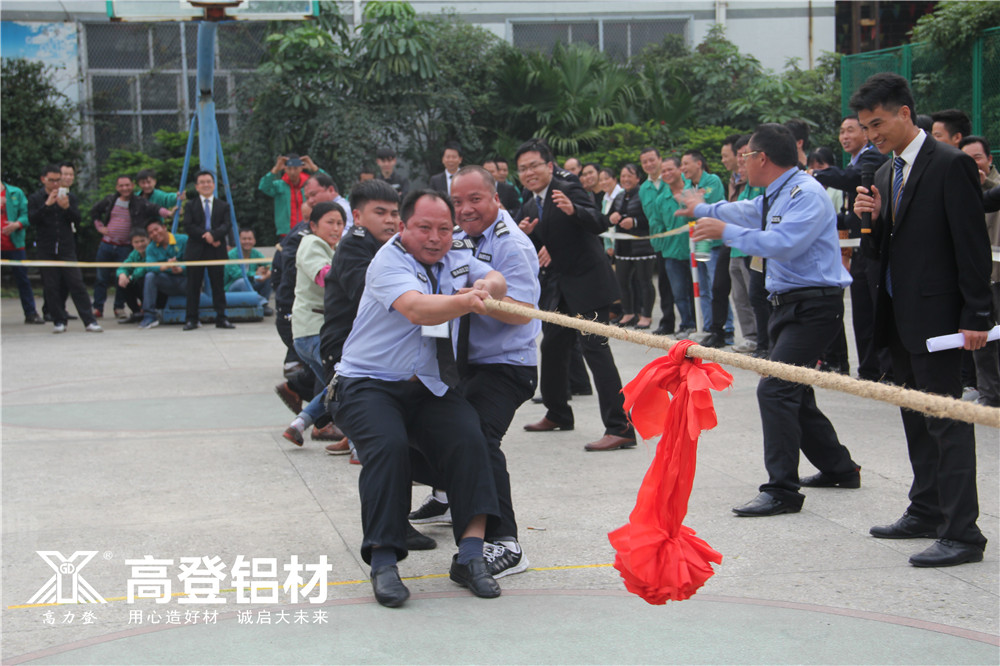 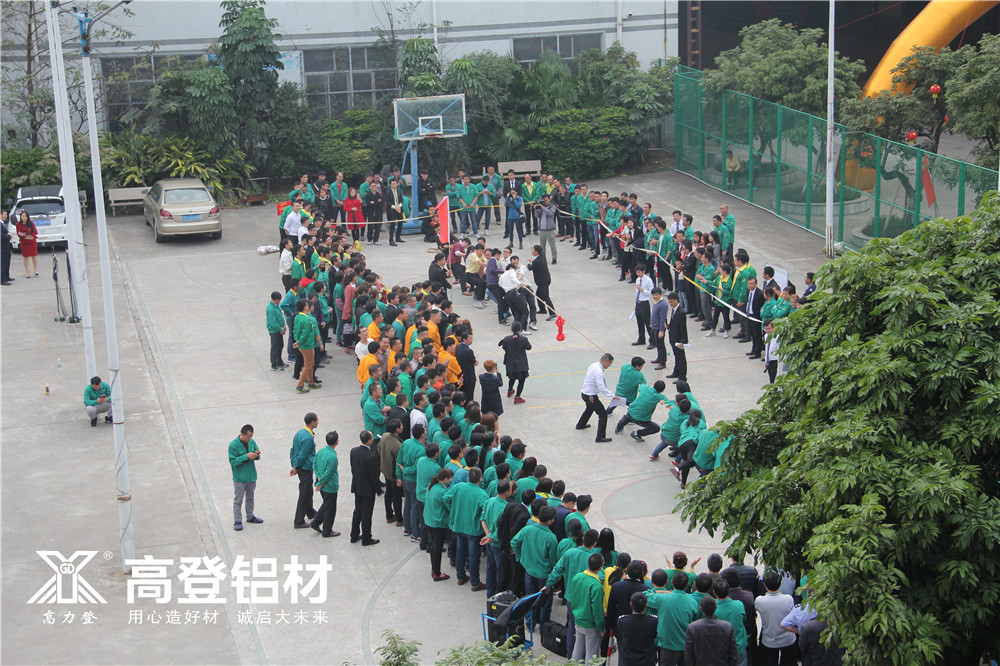 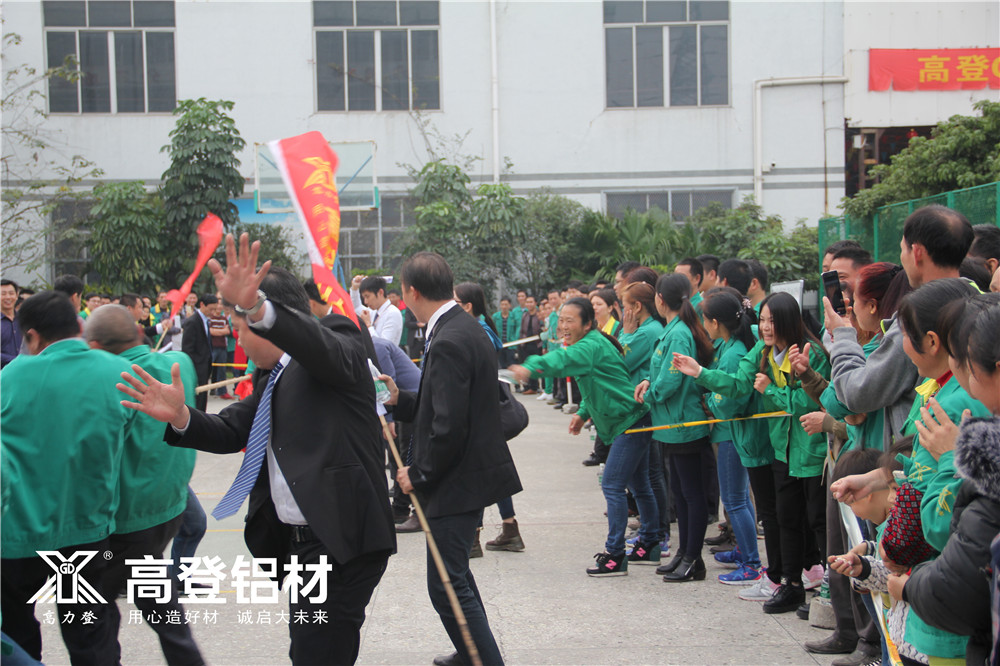 Then the head of each workshop department led the family of the department of the workshop to come to the workshop happily and eat the rice. During the dinner, in addition to the company invited several programs to entertain, high, high total, li dong, director of the company's workshop, managers and sales clink, congratulations to all the family and each employee, wish everybody in the New Year healthy body, the horse, Golden. 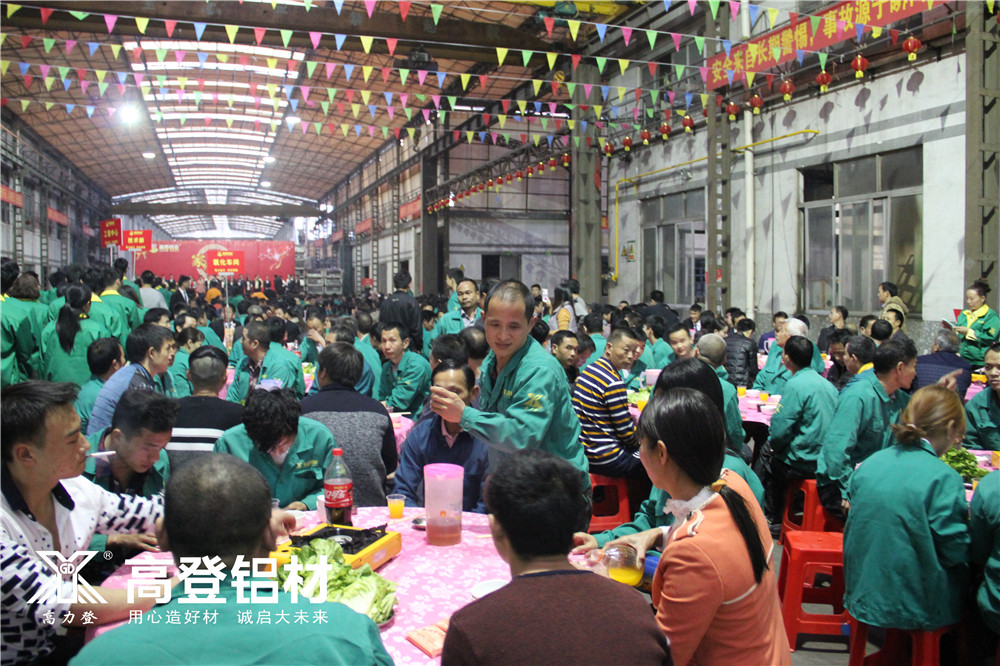 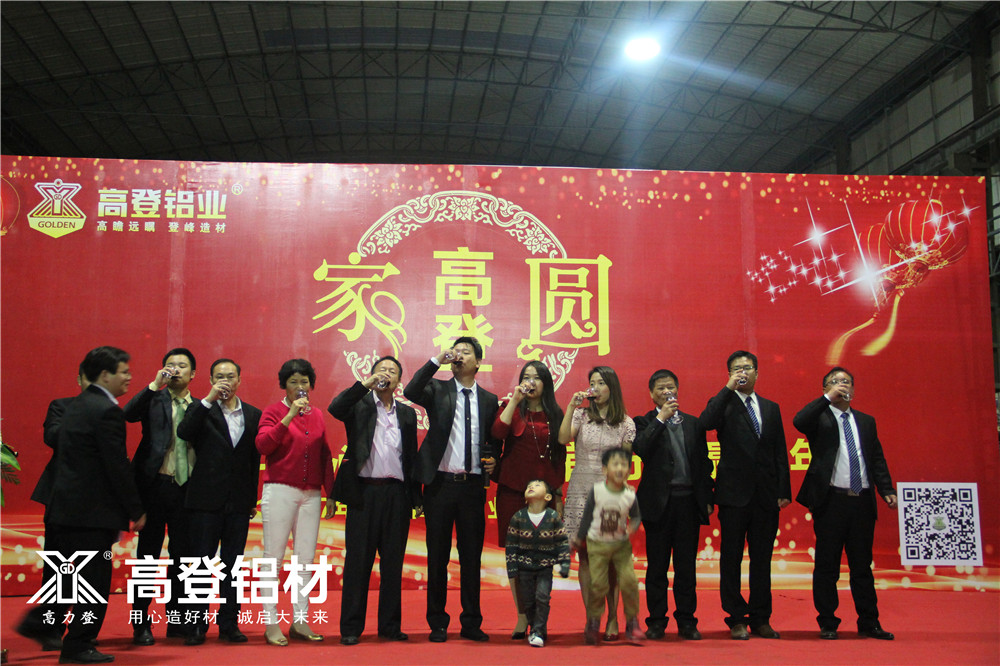 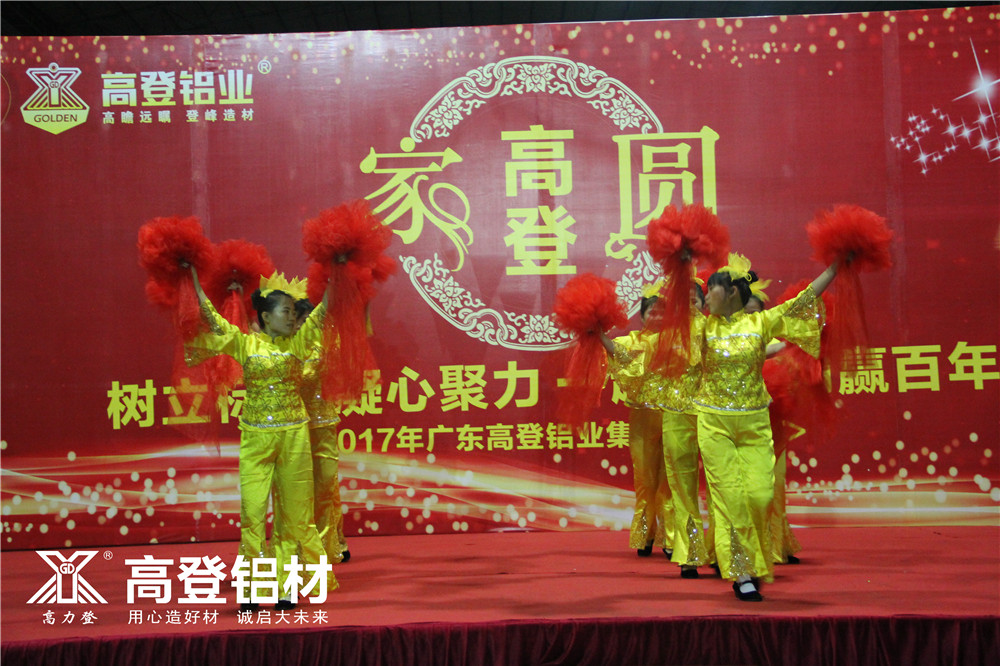 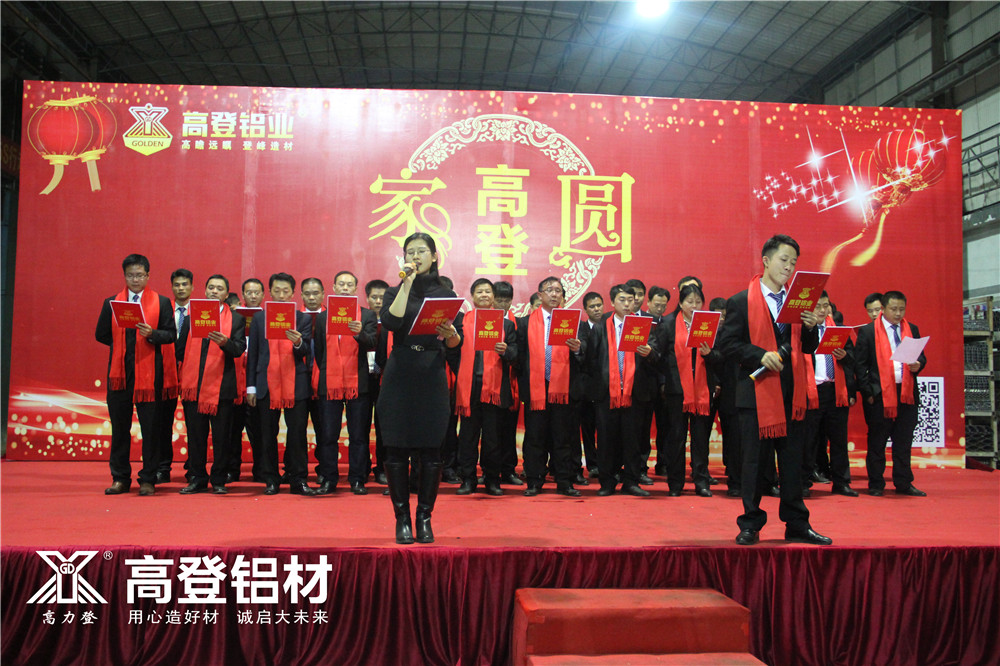 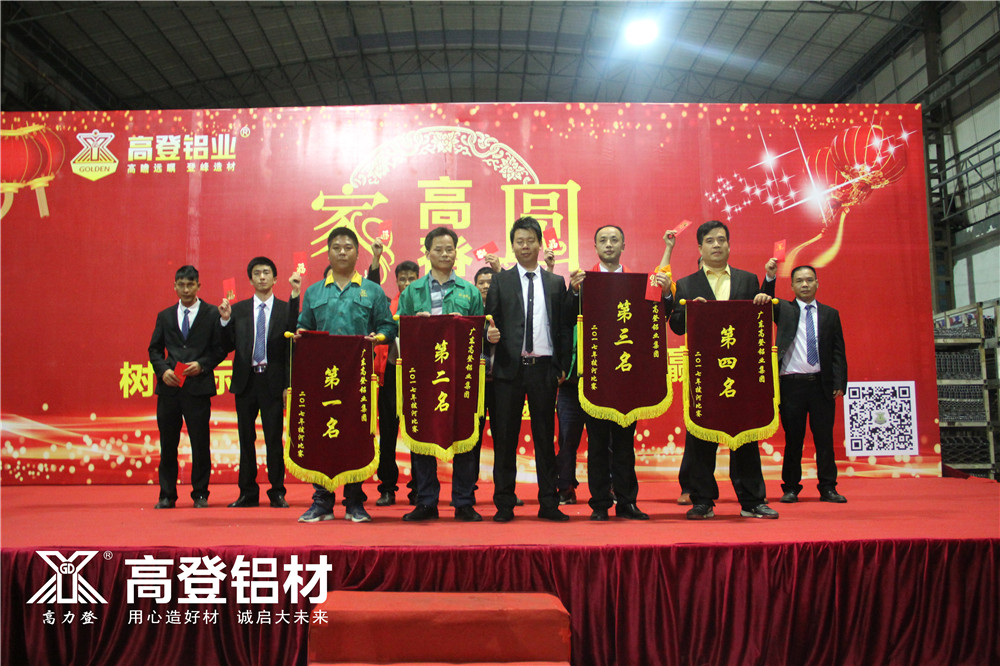 Back in 2016, Golden to always bright and intelligent dynamic positive struggle, has obtained the good result, looking ahead to 2016, let's continue adhering to the "good building materials Sincerity and great future "business philosophy, going all out, put on more steam rolled up his sleeves and create more beautiful tomorrow of Golden! Realize the dream of "high dream" and help "the Chinese dream"! 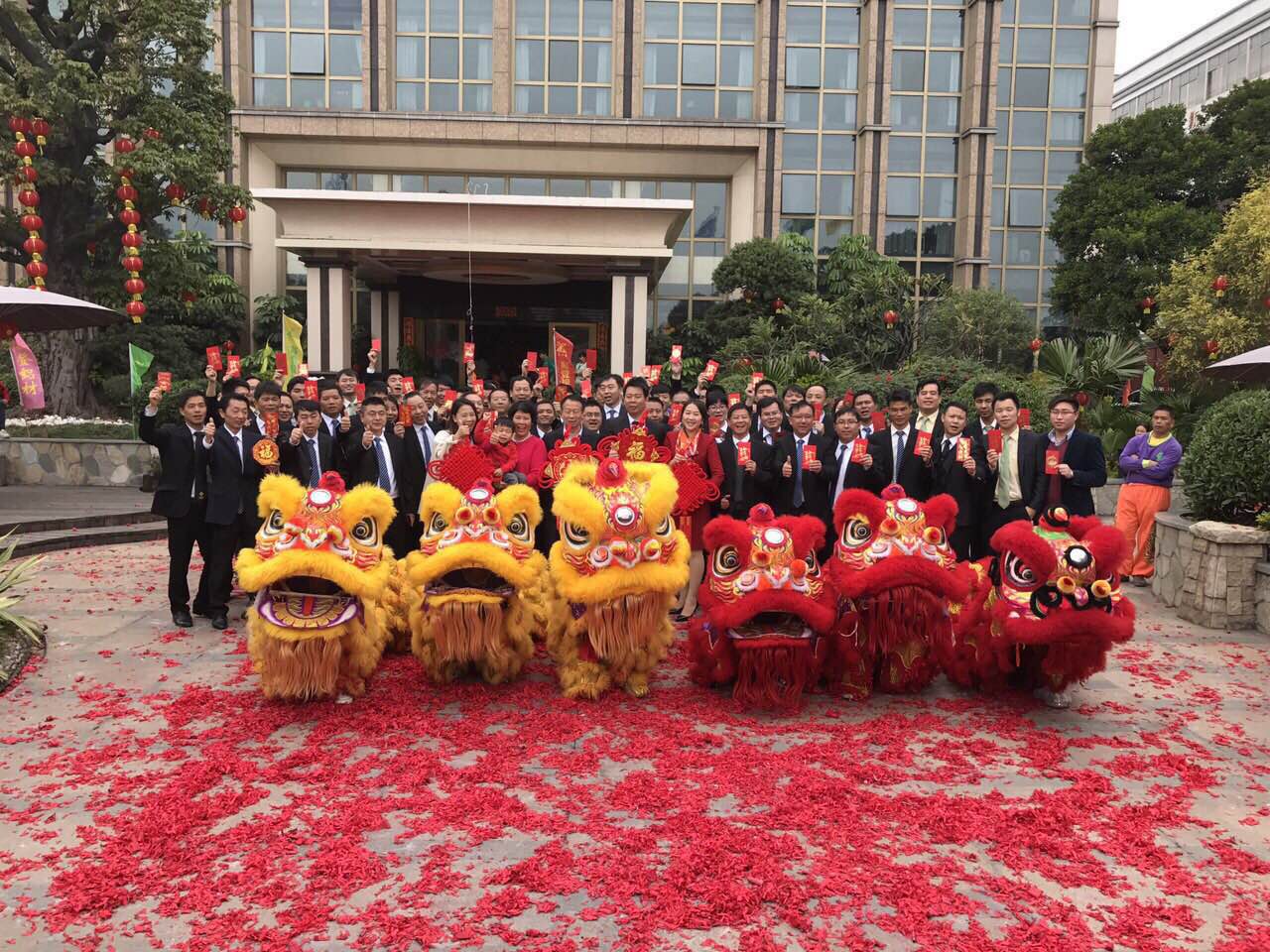 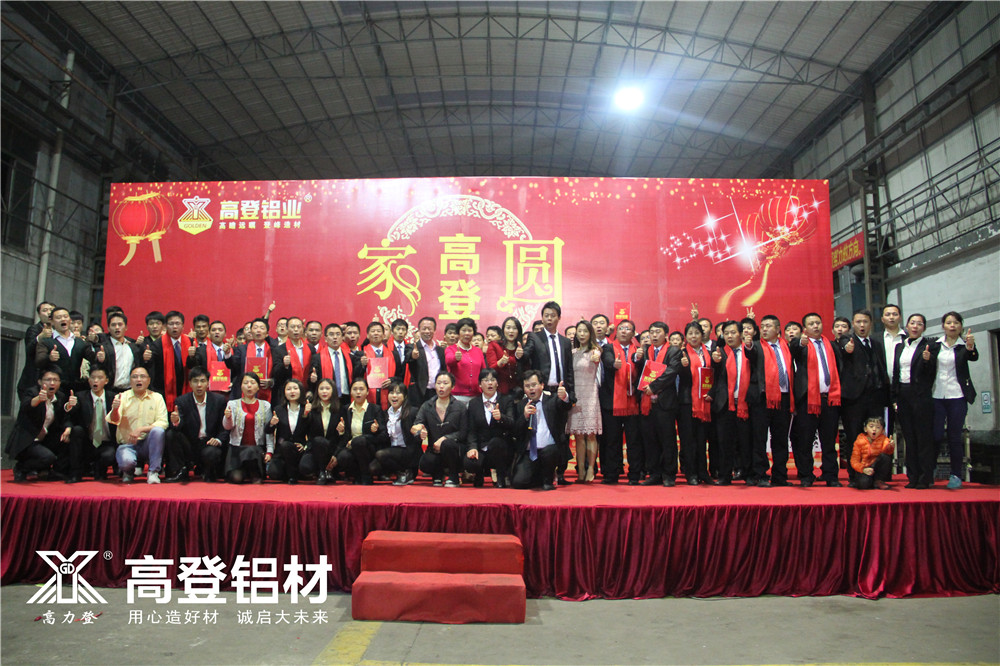 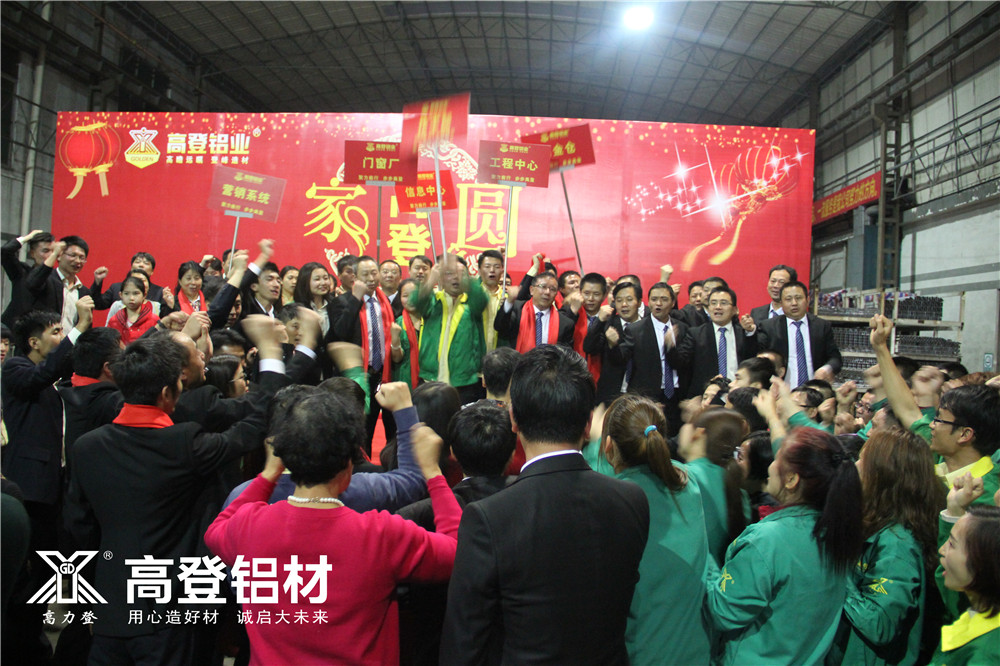